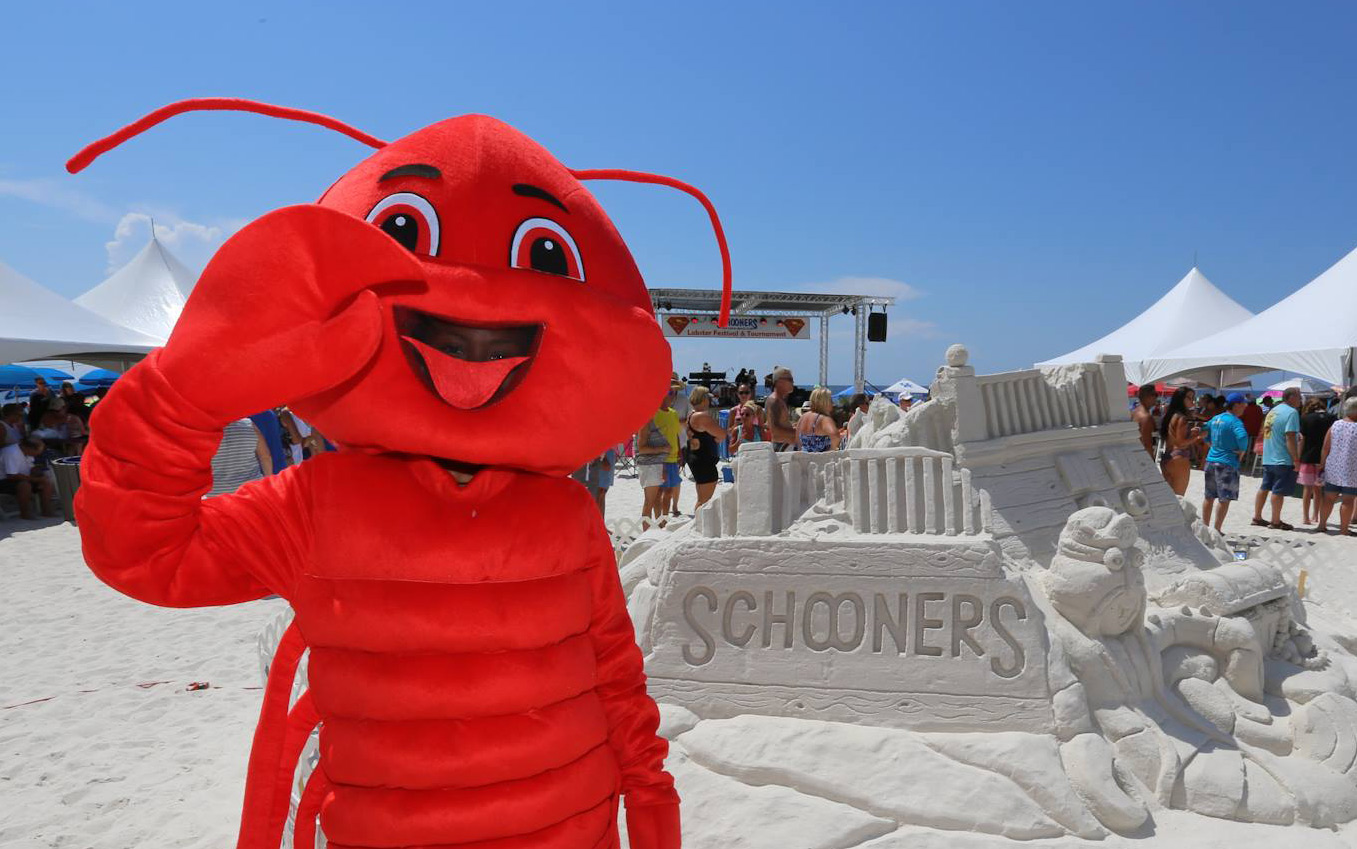 
The Schooners Lobster Festival & Tournament is recognized as the largest seven day lobster festival and tournament in the Southeast.

With huge Local Lobsters on the weigh-in scales, fresh lobster prepared every mouth-watering way you can imagine, and the Annual Schooners Sand Sculpting Contest, it is a HUGE event that draws thousands of divers and lobster fans from all over the Southeast. Lobster Tournament divers compete in a variety of categories including Spiny Lobster, Shovelnose Lobster and Big 6.